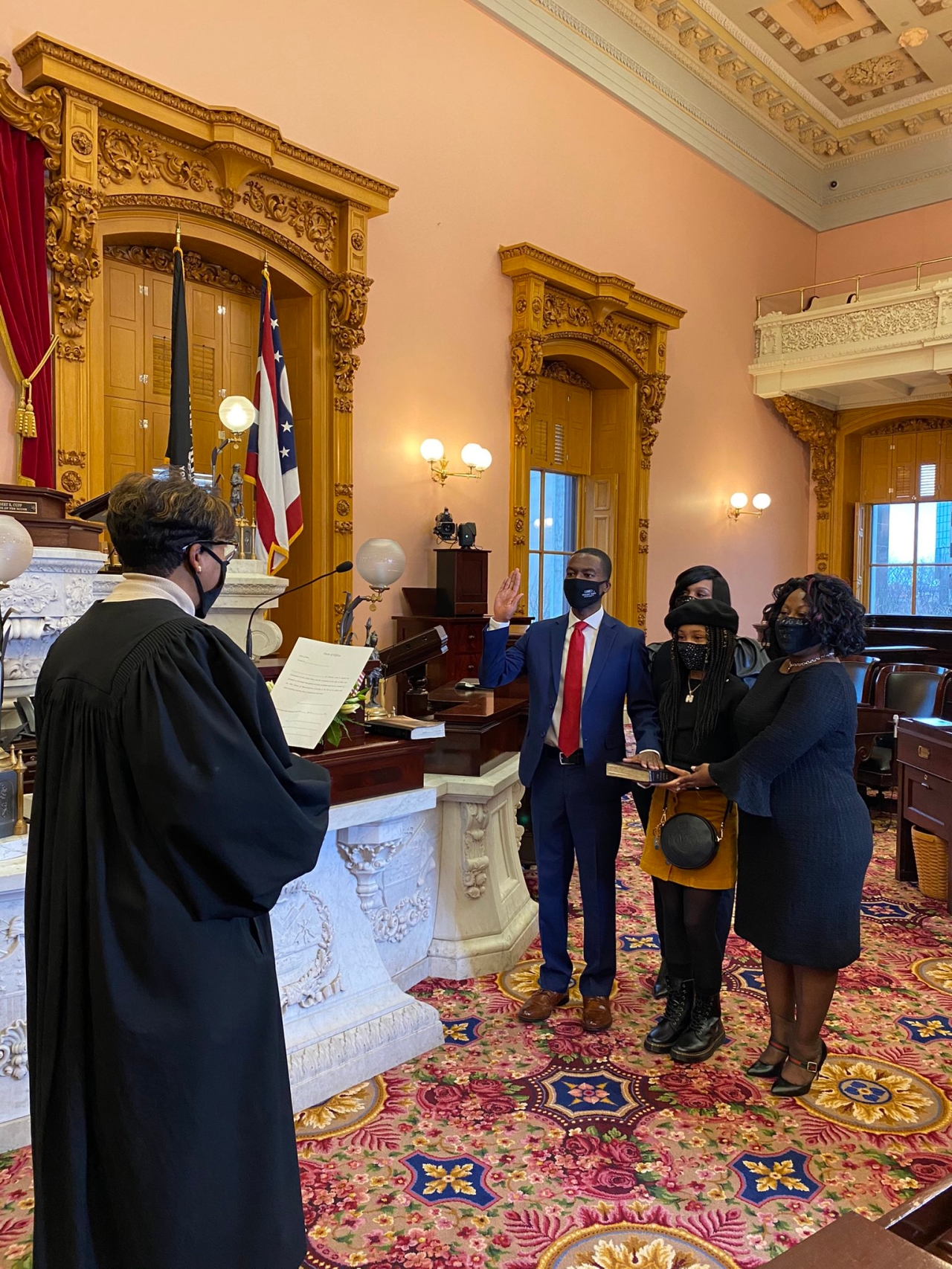 “It is an honor to be representing my community at the Statehouse. Every day I will fight for better paying jobs and higher wages, for quality education for every child, and to end gun violence plaguing our communities. After the mass shooting in Dayton, the people chanted “Do Something” and that’s exactly what I plan on doing,” said Rep. Blackshear.