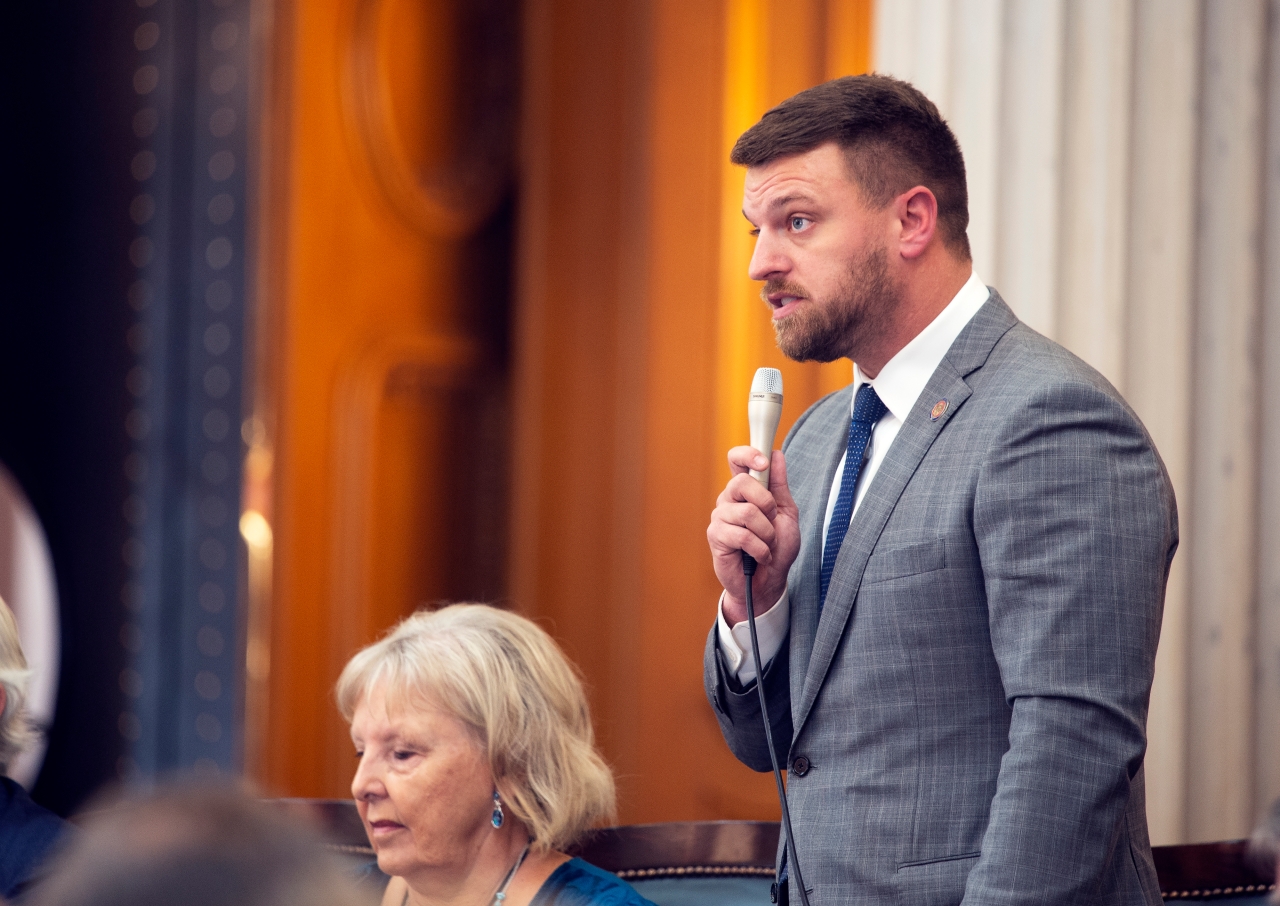 COLUMBUS – A plan to help counties build and repair local jails was overwhelmingly approved today by the Ohio House of Representatives.

The new state program being created by House Bill 101, joint sponsored by State Representatives Jason Stephens and Jay Edwards, would give first priority to lower wealth counties. The initiative is modeled after Ohio’s successful state-assisted school facilities program, which has helped local schools with school construction projects for more than 20 years.

The bill’s supporters include the County Commissioners Association of Ohio and the Buckeye State Sheriff’s Association.

“Throughout Ohio, communities are facing serious challenges repairing or replacing local jails. In some cases, county jails have been closed. It’s time to change that,” said Stephens (R-Kitts Hill). “This bill gives Ohio counties a comprehensive program that will help local leaders address these issues.”

Edwards (R-Nelsonville) cited the Meigs County jail in his 94th House District as an example of the challenges communities face. Earlier this year, the century-old jail permanently closed. With legislation like House Bill 101, local communities can be better positioned to address local needs, Edwards said.

The plan approved today would give first priority to lower wealth counties, those least able to afford the cost of a new or renovated facility.

Under the bill, counties would be ranked every other year, based on local property tax values and estimated taxable retail sales in each county. The lowest ranked counties would be given first priority, with the number of counties invited to apply each year based on how much funding is available.

The legislation approved today does not include funding for the program, but the goal is to get the program into law in time for the state’s two-year construction budget, which is expected to be debated next year.

The bill now moves to the Ohio Senate for consideration.