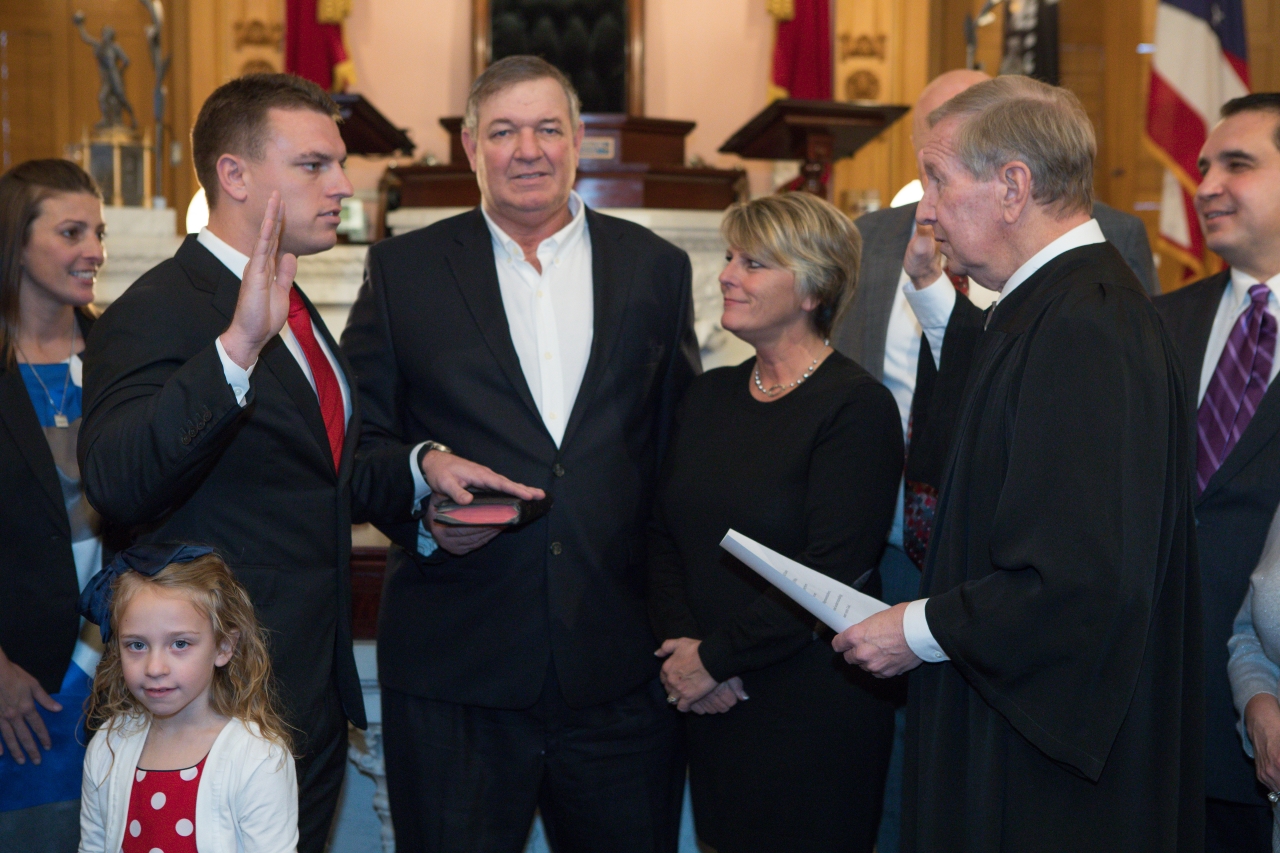 State Representative Jay Edwards (R-Nelsonville) yesterday was sworn in as a member of the Ohio House of Representatives for the 132nd General Assembly. He represents the 94th Ohio House District, which includes Athens, Meigs, Washington, and Vinton Counties. This will be his first term serving as state representative.

“I am very honored to be representing the 94th District, however, the election is over, “ Rep. Edwards said. “It is time to get to work and make sure the entire district is represented to its fullest.”

Edwards was accompanied in his swearing-in by many members of his family and the community. Local Athens County Judge Bob Stewart was also a part of the ceremony.

“It was humbling to see so many community members and friends show up today to be with me during this process,” Rep. Edwards said. “It was important to me to have a local judge administer the swearing-in. Judge Stewart is a one-of-a-kind person. He should not only be admired for his great work as judge for Athens County, but as a role model for the duties he takes on as a productive member of the local society.”

Rep. Edwards was born and raised in Nelsonville and attended Ohio University on a football scholarship receiving his degree in Mathematics. He currently is a small business owner, a realtor, and a property investor.

He still resides in Nelsonville and is active within his community.