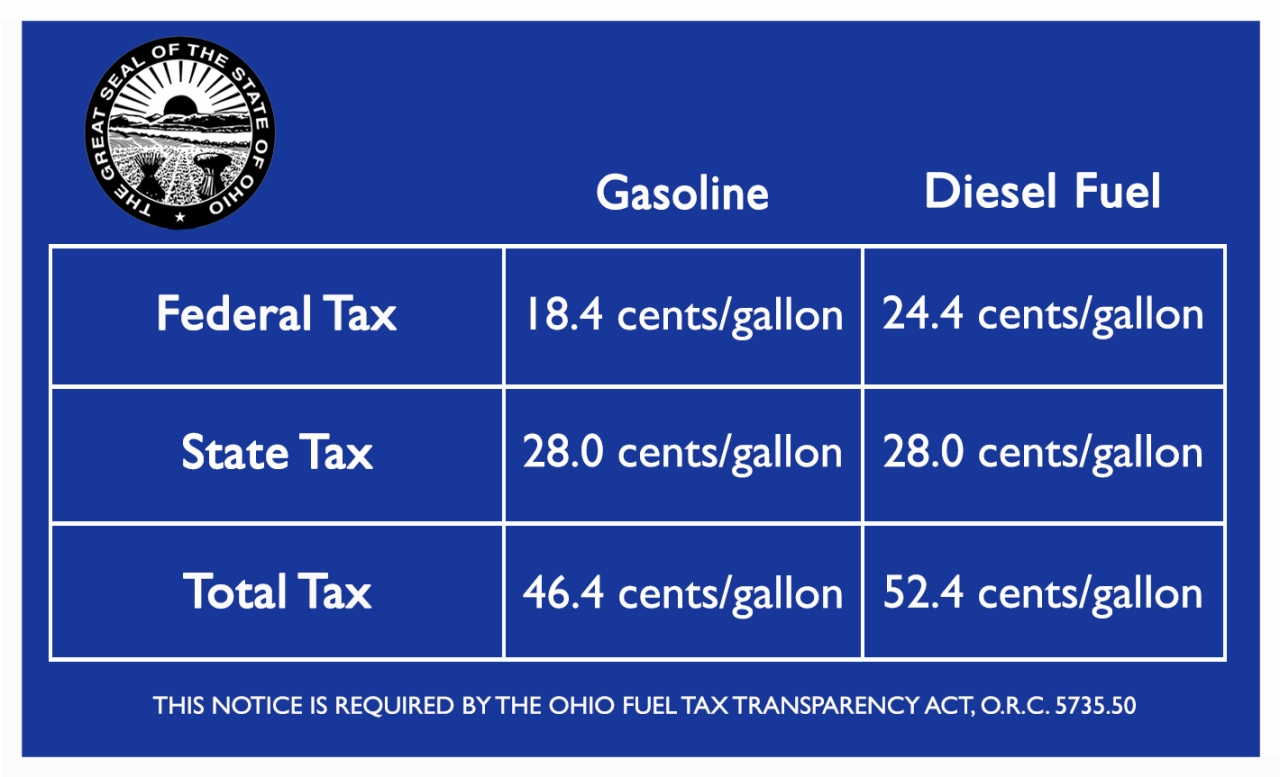 “Taxation must be transparent. With this bill, Ohioans will be empowered to clearly see the fuel taxes they’re paying,” said Representative Merrin.

Ohioans pay about $3 billion annually in state and federal fuel taxes. Although fuel taxes generate significant revenue, the taxes are unnoticed by many motorists at the fuel pumps.  The bill seeks to inform taxpayers.

“I want a bright light put on taxation, so taxpayers know the true cost of government,” Merrin said. “Transparency is necessary to hold government accountable. Citizens armed with knowledge and facts improve government.”

House Bill 70 requires county auditors or city sealers to affix the fuel tax sticker to all retail fuel pumps. The Department of Agriculture will produce a uniform sticker to be used statewide. The legislation provides the requirements for the text, size, and design of stickers. County auditors and city sealers will have a year to affix stickers enabling them to simultaneously affix their weights and measures sticker along with the fuel tax sticker.

“The bill has incredible momentum, and Ohio has an opportunity to be a national leader in tax transparency,” Merrin said.