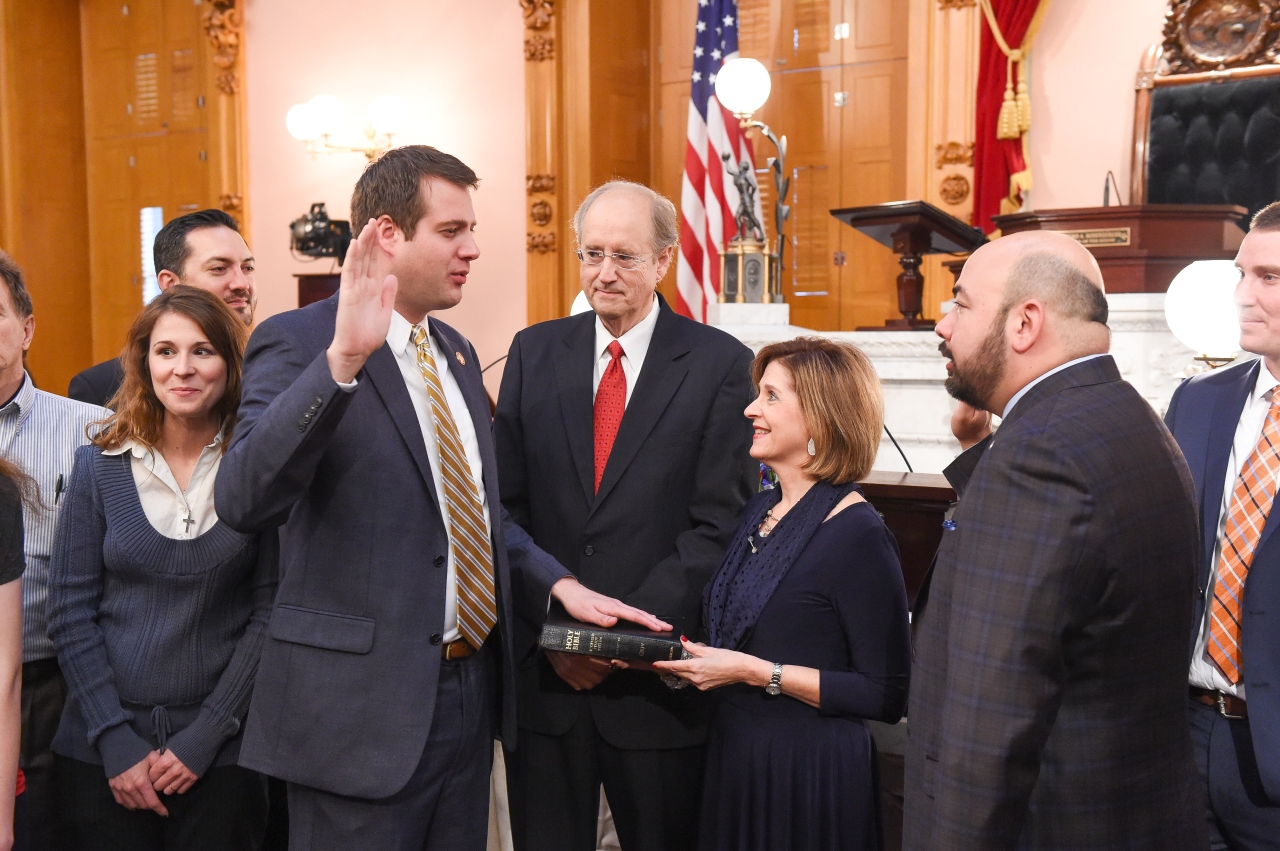 State Representative Derek Merrin (R-Monclova Township) was sworn in Tuesday as a member of the Ohio House of Representatives for the 132nd General Assembly. He represents the 47th Ohio House District, which includes portions of Fulton and Lucas counties. This will be his first full term as state representative.

“It’s a true honor to represent the citizens of the 47th House District in Northwest Ohio,” Rep. Merrin said. “I’m excited to start working to create an environment that will spark Ohio’s economy. I will be on the front lines fighting for lower taxes, fewer regulatory barriers, and rooting out government waste.”

Rep. Merrin comes to the Ohio House after being appointed in August 2016 to fill the unexpired term for Barbara Sears. He was then officially elected to office in November. In 2005, Merrin was elected to serve on Waterville City Council, and two years later, he was elected mayor of Waterville at 21 years old, becoming the youngest-sitting mayor in Ohio. He served from 2008-2011.

In 2012, Rep. Merrin was tapped by State Auditor Dave Yost to conduct performance audits for financially-strapped schools and cities throughout Ohio. He later moved into an administrative role, representing the State Auditor’s office in northwest Ohio. Representative Merrin plans to focus on tax policy and streamlining state government during his time in the legislature.