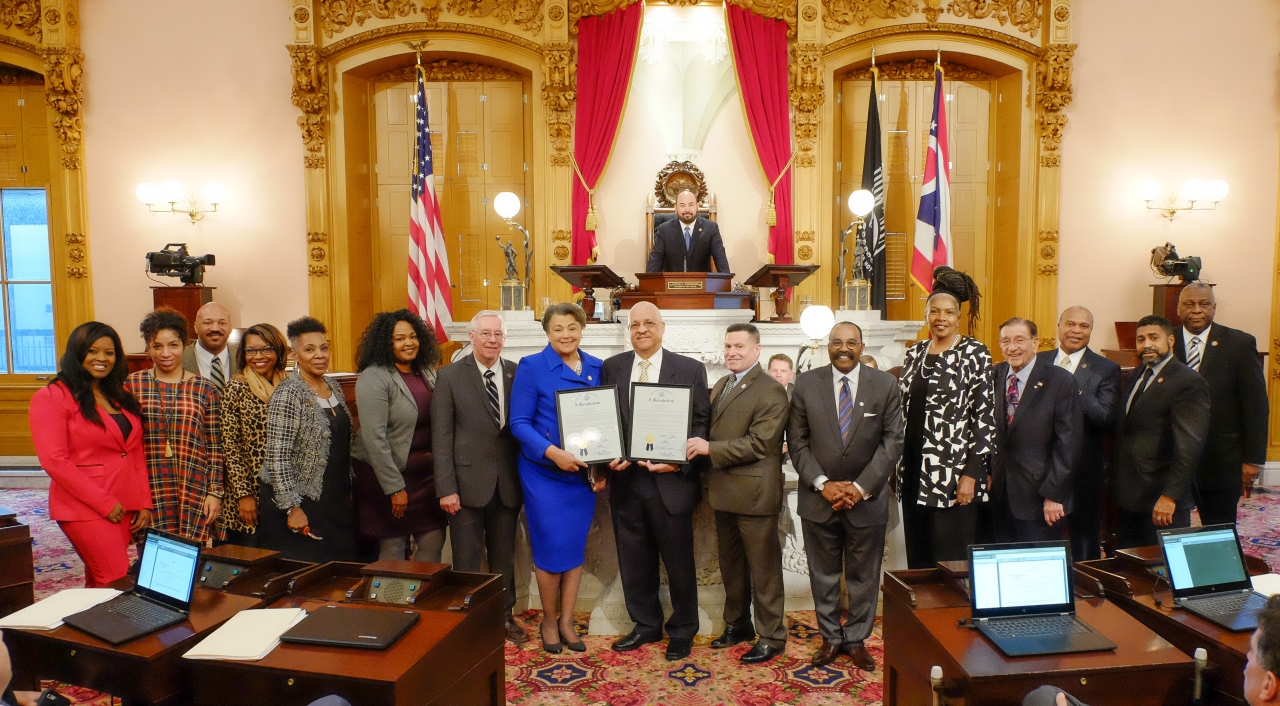 COLUMBUS—State Representatives Bill Dean (R-Xenia) and Rick Perales (R-Beavercreek) last week presented Dr. Cynthia Jackson-Hammond with an Ohio House resolution for being named the 2016 Female President of the Year of a historically black college or university by HBCU Digest.

Dr. Jackson-Hammond currently serves as the president of Central State University, located in Wilberforce, Ohio. As the university’s first female president, she has been an exceptional leader and advocate by paving the way for the institution’s focused development as well as setting students up for success both in their college years and beyond.

“I am proud to honor President Jackson-Hammond for her significant achievements,” Dean said. “She has accomplished a great deal of progress in a fairly short time, and her leadership has earned the university justifiable respect among its peers.”

“Cynthia is a very impressive leader,” said Perales.  “She has an extensive resume of accomplishments, and she has led many strategic initiatives throughout her career that have been very successful.  It is my honor as a state representative to give recognition to constituents like her, and I look forward to seeing her continue to innovate at Central State University.”