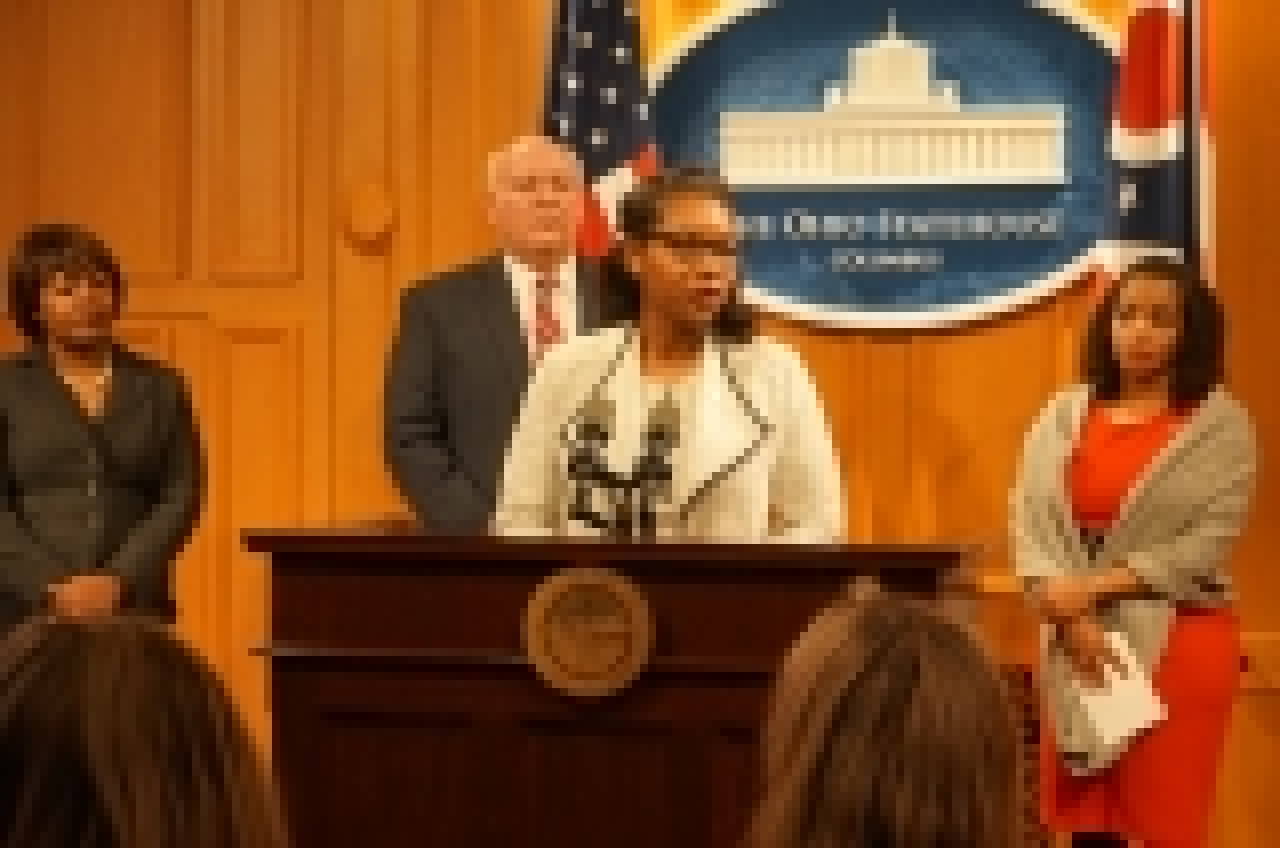 The discussion from Democrats comes as the Ohio Republicans consider increasing the gas tax by more than $2 billion in the state’s transportation budget. Some GOP leaders have called for more income tax cuts that primarily benefit the wealthy to offset the any gas tax increases.

House Democratic Leader Emilia Strong Sykes said the Working Families First credit was an important conversation to have at this point in the budget process.

“Working people and families in our state – people who have done everything right – are now being asked to do even more, to give even more,” said Sykes. “Ohio has to get out of the business of funding vacations for millionaires and billionaires, and into the business of funding our future by building a strong economy that works for everyone. That means creating good jobs and letting people and families have the tools they need for a better life and brighter future in Ohio.”

The Working Families First tax incentive would reform Ohio’s 2013 EITC law by removing the income cap and making the credit refundable for taxpayers, which could put hundreds of dollars on average back in the pockets of working Ohioans each year, money Skindell and Crawley say could go toward paying the bills, putting gas in the tank or saving for college.

“Working Families First gives hardworking people a fighting chance to get ahead and start saving for the future,” said Rep. Skindell. “These commonsense reforms put money back in the pockets of those who need it by increasing opportunity for those negatively impacted by the state’s tax shifting in recent years.”

“For too long, working families have had to tighten their belts while politicians in Columbus prioritized tax handouts for millionaires and billionaires. Working Families First flips the script, finally giving hardworking families a fair shake,” said Rep. Crawley. “This plan will not only benefit Ohio workers, it will also promote economic growth and job creation as Ohioans spend more at local businesses.”

The Working Families First incentive would align Ohio’s EITC program more closely those in other states.