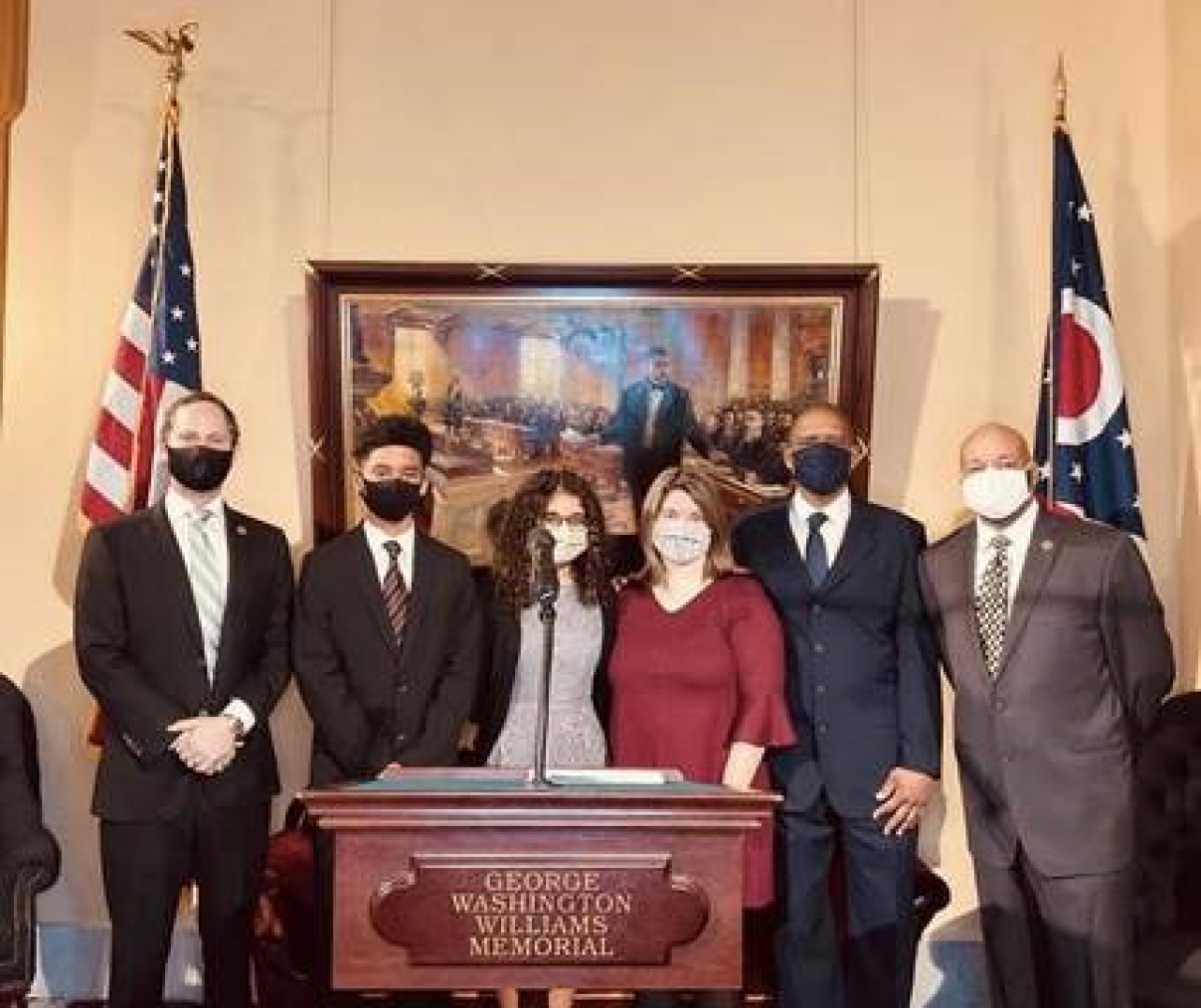 “We have seen this happen far too many times to Black Ohioans who are just trying to go about their daily lives,” said Rep. West. “Folks should not have to live in fear of the police being called on them just for talking on the phone, loading groceries into their car, and going on a run in their neighborhood.”

Reps. West and Weinstein were joined by Hudson, Ohio resident Darren Cooper, who was victim of an alleged racially-motivated false accusation in 2020, which resulted in police arriving on scene with their guns drawn.

“It is critical that we bring awareness to this issue that affects Black Ohioans throughout this state, and that we leverage the power of education to put an end to dangerous, non-emergency uses of 9-1-1 calls,” said Rep. Weinstein.

The lawmakers plan to introduce the bill soon.

“’We do not want to discourage people from calling 911, but we want them to be very mindful of why they're calling,’ Rep. West said.

Rep. West also thanked his Democrat colleague for joining the effort – which Rep. Weinstein said was his duty.

"Some may wonder what I, as a white man, have to contribute to this topic," Rep. Weinstein said. "While it is undoubtedly the case that I have never been the victim of racial profiling, it is also the case that I must use my privilege to dismantle racist systems of oppression."

“’A lot of people have fear just by the mere presence of somebody from a different race and we have to also start to look at how can we address that issue,’ said Rep. West.