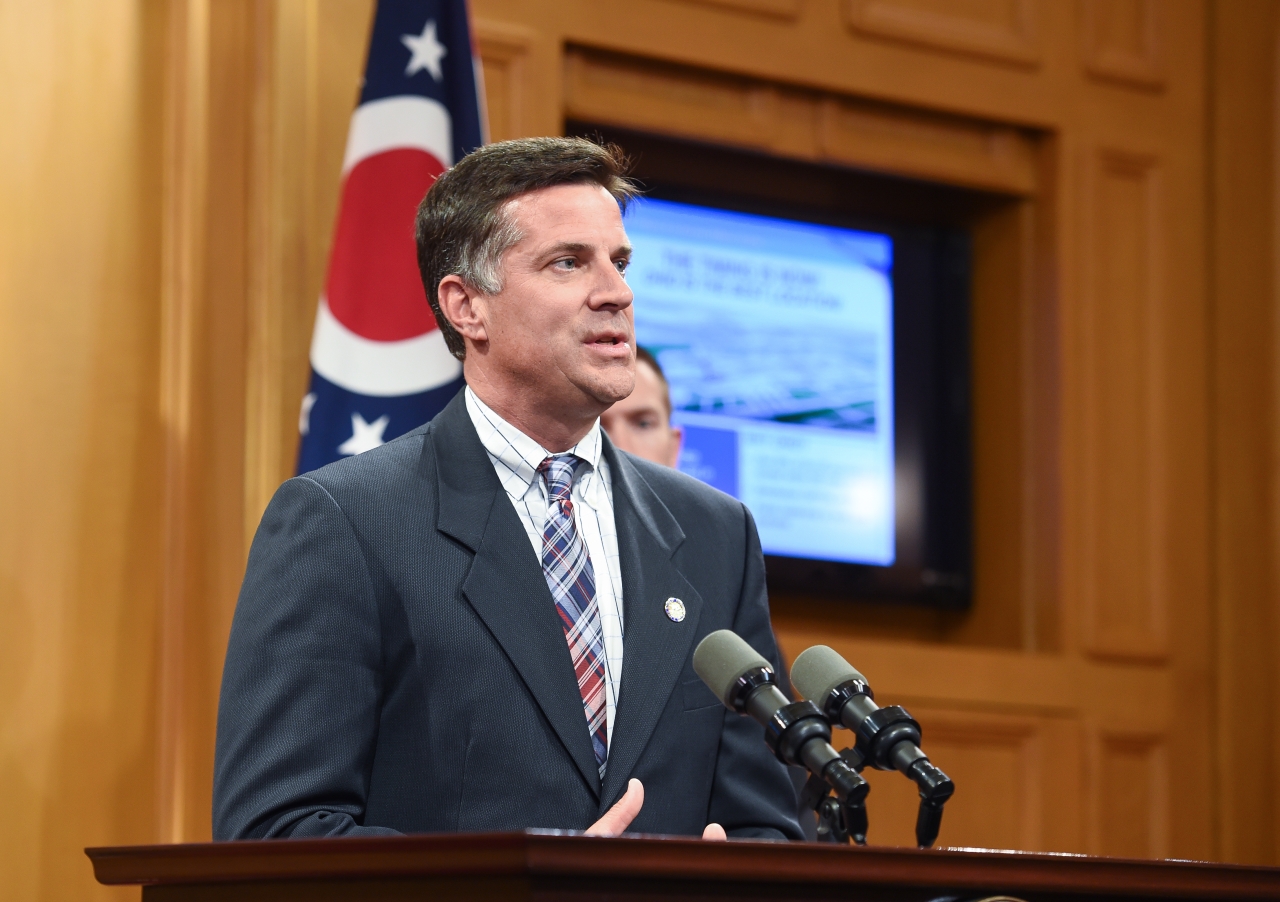 COLUMBUS—State Representatives Jim Butler (R-Oakwood) and Paul Zeltwanger (R-Mason) today held a press conference to unveil legislation they are introducing that aims to create jobs through the development of multiple airport hubs in the state of Ohio.

The bill outlines a plan to construct two new major hub airports in Ohio, allowing for significant job creation, small business growth and increased global connectivity. According to sponsors, some CEOs have opted to transfer their businesses to other states because of flight reductions. This proposal would conveniently position these airport hubs regionally in southwest and northeast Ohio, servicing 4-6 million people living approximately an hour from each terminal.

“Businesses from all over the country, many from Ohio, are moving their headquarters near major hub airports, taking good jobs with them. Ohio currently does not have a major hub airport even though we have the population density to support two the size of Dallas/Fort Worth and Boston,” Rep. Butler said. “This proposal will be a game-changer for Ohio, creating the most modern infrastructure in the country, drawing in thousands of well-paying jobs, and will create a huge surge of economic activity. It is my hope that the proposed plan in our bill will be given serious consideration over the remainder of our legislative session, and hopefully all stakeholders can come together to get this done for the people of our state.”

“I appreciate the opportunity to work on this piece of legislation with Representative Butler,” Rep. Zeltwanger said. “When he proposed the idea to me about a year ago I understood his vision and look forward to seeing this bill move through the process.”

“I am excited to celebrate the proposal of two regional airport hubs, especially one benefiting my district.  These hubs will embrace Ohio’s heritage as the birthplace of aviation, enabling the creation of thousands of direct and indirect jobs,” Rep. Dean said. “This bill will positively impact people across the state in all sectors of the economy, attract businesses and families to Ohio, and would likely restore robust airline hubs to southern and northeast Ohio while allowing our current airport infrastructure to thrive.”

The bill was dropped today and once it receives a bill number it will then be referred to a House committee for further discussion.