“America Makes, the Youngstown Incubator and YSU have already fostered and expanded the manufacturing-related research capacity in the Valley, and this additional state funding would further benefit our workers and the economic growth of our region,” said Rep. Michele Lepore-Hagan (D-Youngstown). “I believe we should support these institutions so they may build upon their success and continue to spur the type of development that creates good-paying jobs for working Ohioans.” 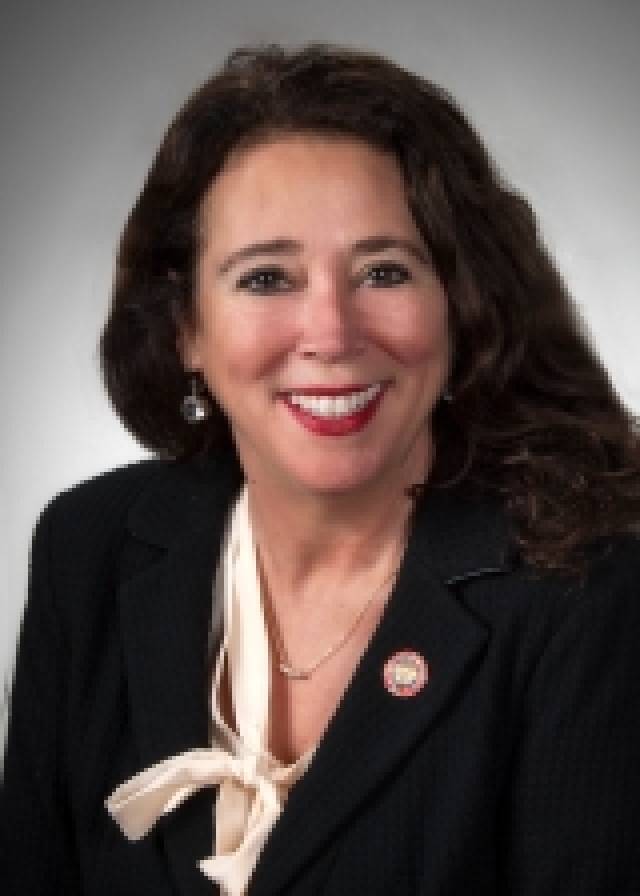 State Rep. Michele Lepore-Hagan (D-Youngstown) was recently elected to serve as Vice Chair of the Ohio House Democratic Women’s Caucus (OHDWC), a position that plays a vital role in advancing the caucus’s agenda.

“I am honored to be elected to this leadership position by my colleagues to help advance more Ohio women,” said Lepore-Hagan. “It is so important for each and every woman to have equal opportunities and representation at home, at work and more importantly: at the state level. I look forward to working with those that share this sentiment to help build a better and brighter future for women across the state.”

State Reps. John Boccieri (D-Poland) and Michele Lepore-Hagan (D-Youngstown) today criticized the passage of House Bill (HB) 114, saying legislation that changes the state’s advanced energy standards to unenforceable “goals” will harm consumers and jeopardize thousands of manufacturing and development jobs in Ohio’s advanced energy industry and other industries that increasingly want and rely on advanced energy sources. The bill was fast-tracked through the House Public Utilities Committee after similar legislation last General Assembly successfully passed the Legislature but was later vetoed by the governor.

“In the Mahoning Valley in general, and Youngstown in particular, we’ve seen first-hand the ways in which innovation, research and development can drive economic growth and job creation. YSU’s America Makes program has made Youngstown the focal point of the cutting-edge 3D printing industry, allowing companies like 4M technologies to lead a manufacturing revolution,” said Rep. Lepore-Hagan. “Now, unfortunately and inexplicably, the Republicans want us to walk away from one of the most vibrant and exciting areas of development that will power business expansion, give our universities an opportunity to monetize the research they do, create good jobs in a 21st century industry and save consumers billions of dollars, all while protecting our environment. Instead of being first in line for the type investment clean energy jobs attract, the GOP has decided we should give up our place and walk to the back of the line.”

“This legislation will improve safety, not just for railroad workers but for the railroad companies and surrounding communities that these trains travel through,” said Lepore-Hagan. “Unfortunately, this accident, along with many others, was avoidable. When two people are on a crew of a train, the potential for exhaustion and fatigue is significantly decreased.”

Mahoning Valley lawmakers to YSU VP: "It's about economics, not politics"

“I believe YSU has so much to offer students, especially with its focus on science, technology, engineering and mathematics,” said Lepore-Hagan. “However, I believe the school efficiency report highlights how YSU and other Ohio universities must work to become more efficient and affordable—Ohio students are paying as much as 30 percent more than those attending college in other states.”

State Reps. Michael P. Sheehy (D-Oregon) and Michele Lepore-Hagan (D-Youngstown) this week renewed the fight to improve rail safety in Ohio by introducing House Bill 107, legislation to require freight train operating crews to consist of at least two people. The lawmakers say passage of the bill will help cut down on operator fatigue and reduce the likelihood of fatal accidents.

“Having spent over 40 years working in the railroad industry, I can attest to the importance of requiring two-person crews on all freight train operations,” Sheehy said. “Raising safety standards in our state will help protect our freight operators and keep communities safe.”

Democratic members of the House Economic Development, Commerce and Labor Committee today objected to the anticipated committee passage of House Bill (HB) 2 along party lines, saying the GOP-led “No Rights at Work” bill will strip Ohio employees of critical protections from workplace discrimination. The legislation was scheduled for a vote last week, until it was pulled down at the last minute. The bill will receive a fifth hearing this afternoon, but is not yet scheduled for a vote.

“Harassment and discrimination will increase in the workplace if employees lose their right to hold supervisors accountable for misbehaving and bullying,” said Rep. Michele Lepore-Hagan (D-Youngstown), the highest ranking Democrat on the committee. “I believe workers deserve to feel safe and welcome when they go to work every day to provide for their families.”

“As a Youngstown resident and member of the team of dedicated elected officials, local leaders and residents who are working hard to revitalize our city, I enthusiastically support HB 54 because it provides an effective way for the state of Ohio to support our ongoing efforts to improve the quality of life in our neighborhoods,” said Lepore-Hagan. “I am pleased that this innovative and critically important legislation moved through the House without opposition. I urge my Senate colleagues to consider and pass HB 54 as quickly as possible so we can begin using this new tool to rebuild communities across the state.”

In a bipartisan 83-13 vote, the Ohio House yesterday approved the proposed budget plans for the Ohio Department of Transportation and several other state agencies. House Bill 26, the $7.8 billion transportation bill, largely funds infrastructure projects and public safety programs over the next two fiscal years.

“While I’m disappointed that amendments to improve the bill were rejected on the House floor, at the end of the day I supported this legislation because it will fund critical infrastructure projects that will create jobs and help drive economic growth in our state,” said Rep. Michele Lepore-Hagan (D-Youngstown).

In a bipartisan 83-13 vote, the Ohio House yesterday approved the proposed budget plans for the Ohio Department of Transportation and several other state agencies. House Bill 26, the $7.8 billion transportation bill, largely funds infrastructure projects and public safety programs over the next two fiscal years.

“While I’m disappointed that amendments to improve the bill were rejected on the House floor, at the end of the day I supported this legislation because it will fund critical infrastructure projects that will create jobs and help drive economic growth in our state,” said Rep. Michele Lepore-Hagan (D-Youngstown).