State Rep. John Boccieri (D-Poland) today applauded the passage of House Bill 341, which would allow judges’ residential and familial information to be exempt from public records law. The bill comes in the wake of the shooting of a Jefferson County judge who delivered a 10-month juvenile prison sentence to Ma’Lik Richmond, a Youngstown State University football player convicted of rape in 2013. The player’s father shot the judge last year outside of a county courthouse.

State Reps. Michele Lepore-Hagan (D-Youngstown) and John Boccieri (D-Poland) today expressed shock and anger at Amer “Al” Adi Othman’s sudden detention at the hands of Immigration and Customs Enforcement (ICE). Less than a week ago, the state lawmakers celebrated ICE’s decision delaying Othman’s deportation, only to have it overturned a few days later without reason. The Youngstown lawmakers released the following joint statement:

“Seven weeks ago, Al Adi was handing out Thanksgiving dinners to members of the downtown community,” said Lepore-Hagan and Boccieri. “Today, we are fighting for his very existence in this country and to keep his family together. We call on ICE Acting Director Thomas Homan and the Trump Administration to put an end to this ordeal and restore humanity to our federal government. This has been incredibly erratic behavior coming out of Washington on Adi’s case, and we demand an explanation for this injustice.”

“On-track equipment used to repair or clean the railroads are often as big as trains themselves,” said Lepore-Hagan. “Requiring people to stop at rail crossings to look out for this equipment will help prevent serious collisions that are similar to car-train accidents, better ensuring safety on the roads. I am glad and proud today that my colleagues supported this common-sense legislation.”

State Rep. Michele Lepore-Hagan (D-Youngstown) today voted in favor of House Bill 226, a bill to legalize the sale and use of consumer fireworks in Ohio starting in 2020. The bill also establishes a legislative study committee tasked with making recommendations on storage, licensing and manufacturing facilities by the end of 2019, in time for the legalization to take effect. 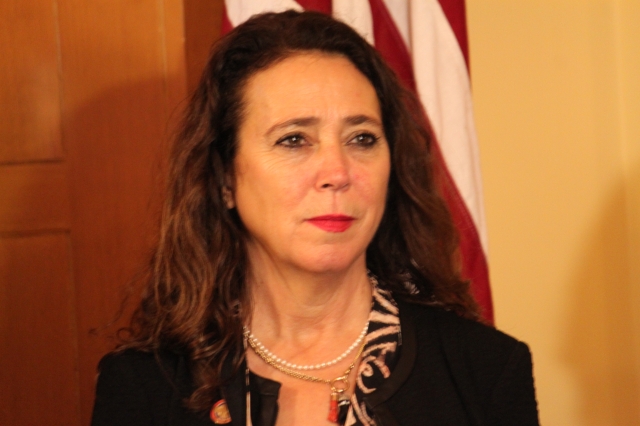 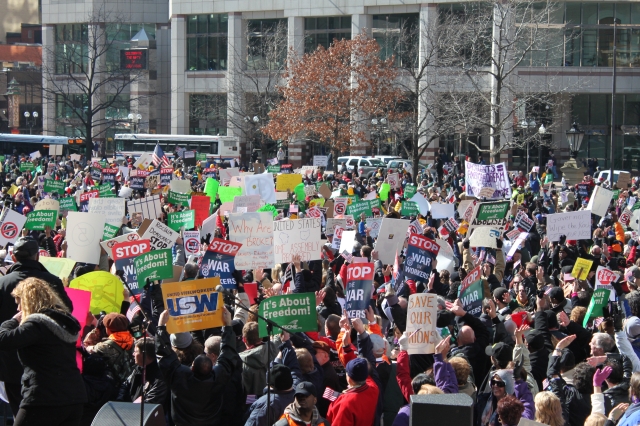 The Republican-controlled Ohio House of Representatives held a second committee hearing on legislation that critics say would reduce wages and benefits for non-union and union workers in construction and building trade careers.

The legislation, House bill 163, would effectively limit wages and benefits for workers by kicking communities off the state’s prevailing wage structure before allowing them to reapply. Under current law, local communities and state universities undertaking public construction projects hire contractors who pay employees an industry-recognized standard wage, or prevailing wage, that is in line with their profession.

“Prevailing wages helped build the American middle class while delivering safe buildings to taxpayers on time and under budget,” said the state Rep. Michele Lepore-Hagan (D-Youngstown), the lead Democrat on the House Commerce and Labor Committee. “It would be a mistake to take us back to a time when poverty wages and dangerous buildings were considered the standard.”

The Ohio Department of Commerce works with the U.S. Department of Labor to calculate prevailing wages and benefits to protect workers with careers as plumbers, painters, roofers, electricians, masons, elevator technicians, metal fabricators, and bricklayers.

“Without fair wages, we’re looking at contractors who want to cut corners to increase company profits by hiring out-of-state and foreign workers with little experience for next to nothing,” added Lepore-Hagan. “It’s hypocritical for Republicans to encourage children to learn a trade or go to career-tech while they roll back wages and benefits that let those same workers buy a car, own their home and have a family. People are tired of politicians who say one thing and do another.”

State Reps. Michele Lepore-Hagan (D-Youngstown) and David Leland (D-Columbus) today introduced legislation urging fellow Ohio House members to affirm the state’s commitment to the international Paris Agreement. The lawmakers’ action follows recent news out of Washington that the United States will withdraw from the historic climate change pact, joining Syria and Nicaragua as the only nations not participating.

“Instead of taking the global back seat on charting a sustainable and secure energy future, Ohio and our nation should be a driving force for the good-paying jobs and economic growth that come with advanced energy development and manufacturing,” said Lepore-Hagan. “We can’t afford to let other nations lead while we fall behind and miss out on the good jobs, growth and national security that come from common sense renewable energy policy.”

State Reps. Michele Lepore-Hagan (D-Youngstown) and John Boccieri (D-Poland) this week announced the introduction of House Bill 245, legislation to protect Ohio’s call center jobs by incentivizing certain employers to keep their jobs here in Ohio instead of outsourcing operations overseas. The House lawmakers were joined by Senate Minority Leader Kenny Yuko (D-Richmond Heights) and Senator Joe Schiavoni (D-Boardman), who introduced companion legislation in the Senate, and members of the Communications Workers of America.

“Attracting and retaining good-paying jobs that can help sustain a family must be a priority for our state,” said Lepore-Hagan. “Ohio has seen too many middle class jobs fleeing our state for too long. This bill is one thing we can do right now to keep those jobs where they belong, here at home in Ohio.”