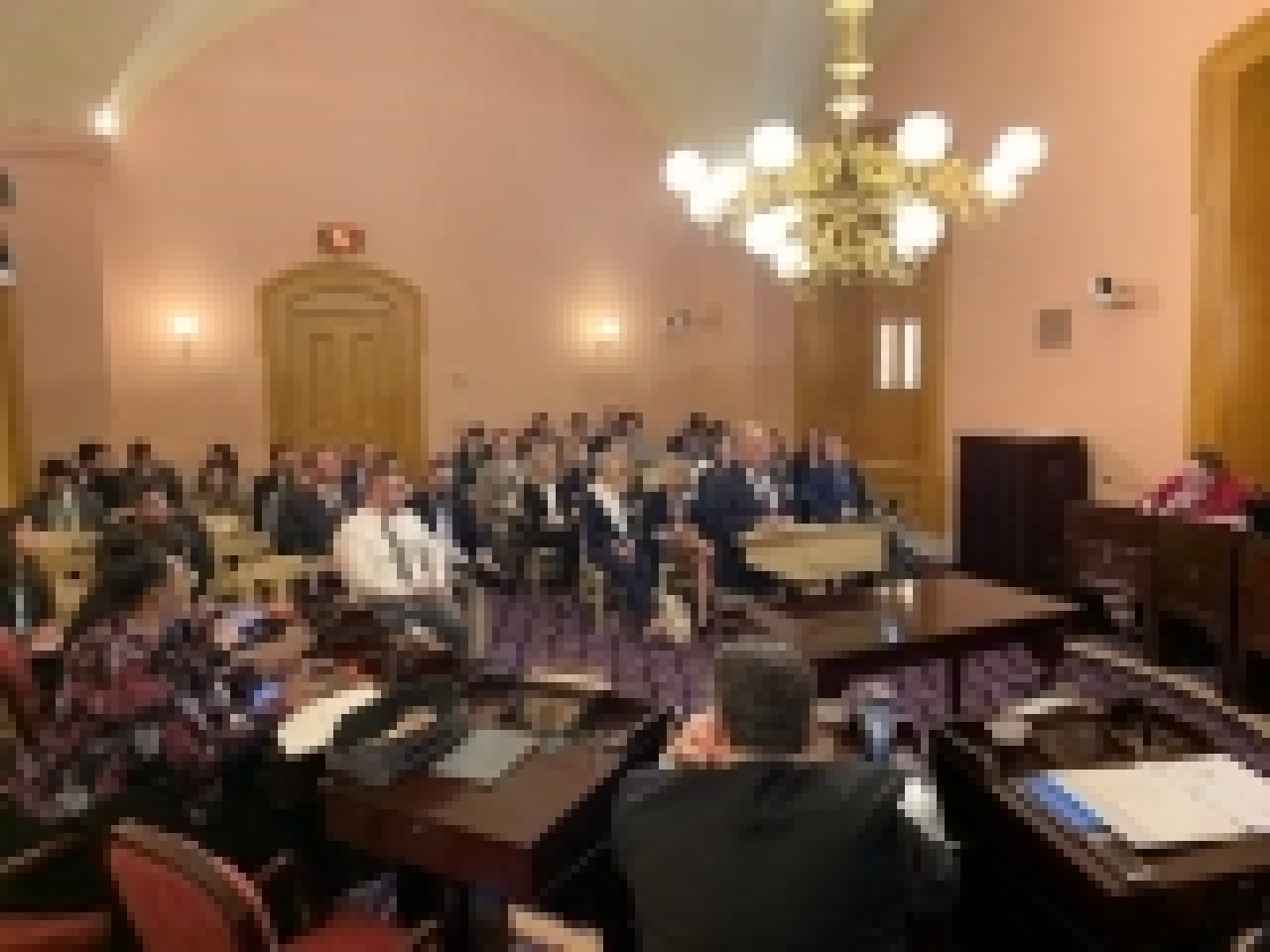 State Rep. Michael Sheehy (D-Oregon) announced Tuesday the unanimous passage of House Bill (HB) 207 in the Ohio House Committee on Transportation and Public Safety. The bill would rename a portion of I-475 between Hill Avenue and State Route 2 in Holland the “Sgt. Alex Drabik Memorial Highway.”

“The Sgt. Alex Drabik Memorial Highway will honor not only his memory, but that of all Americans who risked their lives to liberate the millions being oppressed under Adolf Hitler’s brutal regime,” said Rep. Sheehy.

Drabik, an American soldier injured at the legendary Battle of the Bulge, bravely charged across the Rhine over the explosive-lined Remagen Bridge. Evading heavy sniper and machine gun fire, Drabik became the first Allied soldier to enter German territory, clearing the way for the 9th Armored Division to establish a bridgehead into the German heartland.

Drabik, a butcher from Holland, Ohio, described that day in his own words: “We ran down the middle of the bridge, shouting as we went. I didn't stop because I knew that if I kept moving they couldn't hit me. My men were in squad column and not one of them was hit. We took cover in some bomb craters. Then we just sat and waited for others to come. That's the way it was.”

Drabik survived the war and moved back to his butcher shop with his wife and his daughter. He lived a long, decorated life, having been awarded the Distinguished Service Cross and a purple heart for his actions at the Battle of the Bulge. General Dwight D. Eisenhower, Supreme Commander of the Allied forces in Europe, would later make the claim that the capture of Remagen Bridge shortened the war by six months, and may have saved 50,000 American lives.

Rep. Sheehy, who serves as the top Democrat on the Transportation Committee, provided sponsor testimony on the bill alongside Drabik’s daughter, Rita Wilson and his cousin, Sandra Drabik-Collins.

After its unanimous passage in committee, HB 207 awaits consideration in front of the full Ohio House.

*Editor’s note: A picture of Rep. Sheehy giving testimony in favor of HB 207 is included.