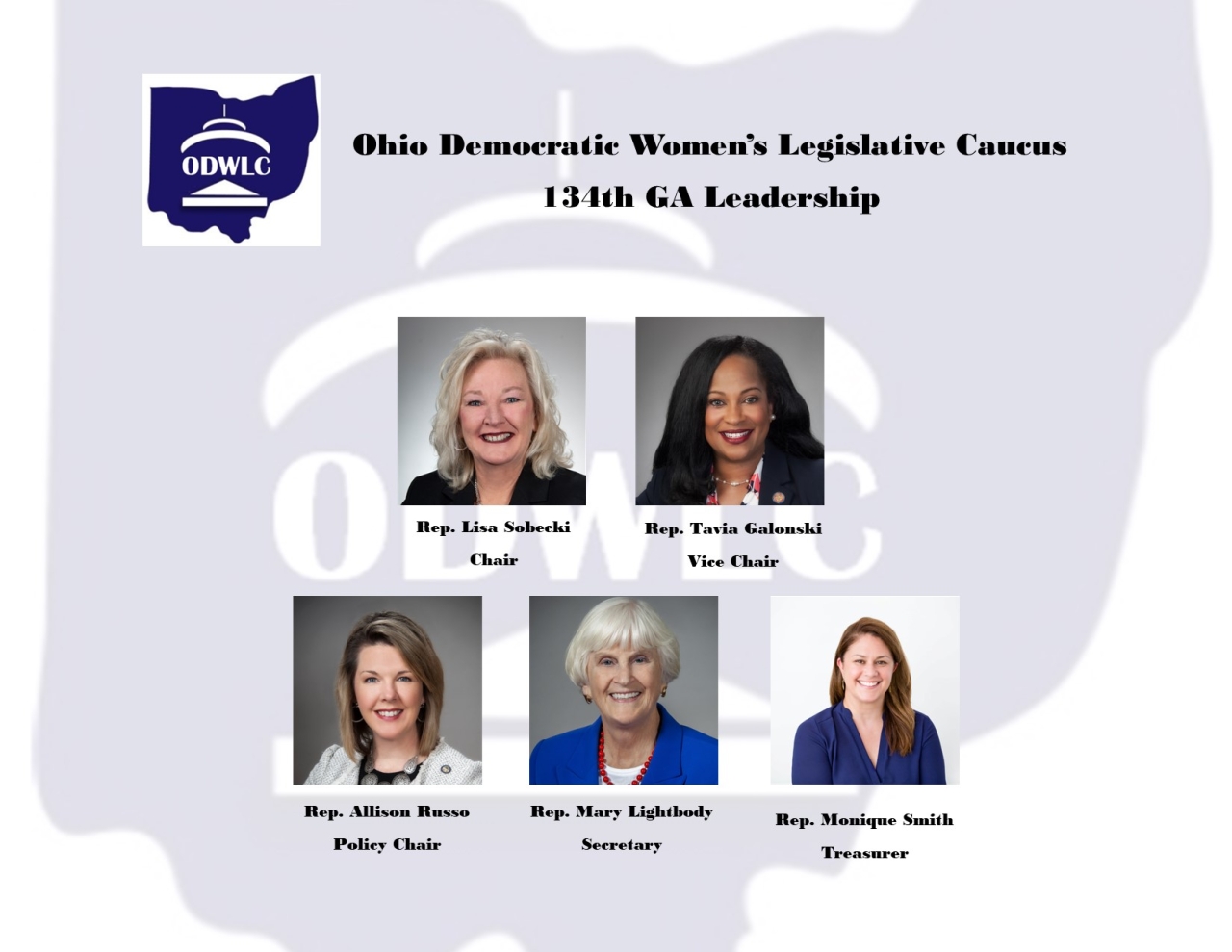 The Ohio Democratic Women’s Legislative Caucus yesterday during their first meeting of the 134th General Assembly elected their leadership team for this session:

“I’m privileged to serve as the Chair of the Women’s Caucus for the next two years, and I look forward to working with all of the caucus’ members to advocate for women across Ohio and pursue legislation that will support women,” said Rep. Sobecki.

The priorities of the ODWLC for the 134th GA continue to be developed and will be finalized soon. The caucus is committed to supporting and expanding women’s rights in Ohio.