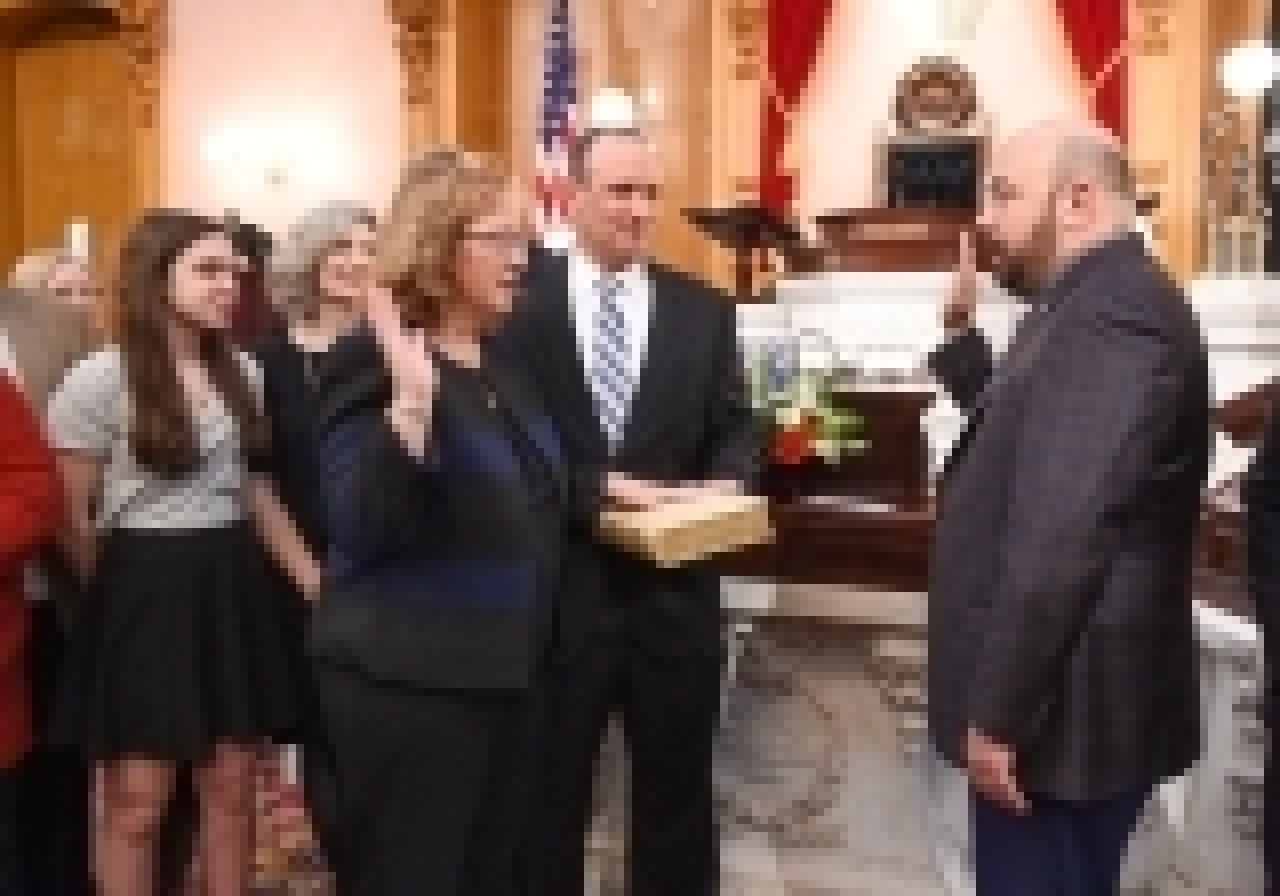 State Representative Laura Lanese (R-Grove City) was sworn in yesterday as a member of the Ohio House of Representatives for the 132nd General Assembly. She represents the 23rd Ohio House District, which includes portions of Franklin County.

“I'm especially eager to start my term representing the constituents of the 23rd House District and the state of Ohio,” said Rep. Lanese. “I know we have some tough issues to tackle as we strive to make Ohio the best state in which to raise a family, start a business, and protect our most vulnerable citizens, but knowing the motivation and talent of my fellow legislators, I am confident we can accomplish many of these goals together.”

Most recently, Representative Lanese held a position on the Grove City Council as the at-large council representative. She has been a passionate advocate for transparency and fiscal responsibility and a consistent champion for local parks, historic preservation, infrastructure improvement, and business development.

Representative Lanese and her husband Mike have lived in Grove City since 1999, where they have been busy raising their three children.