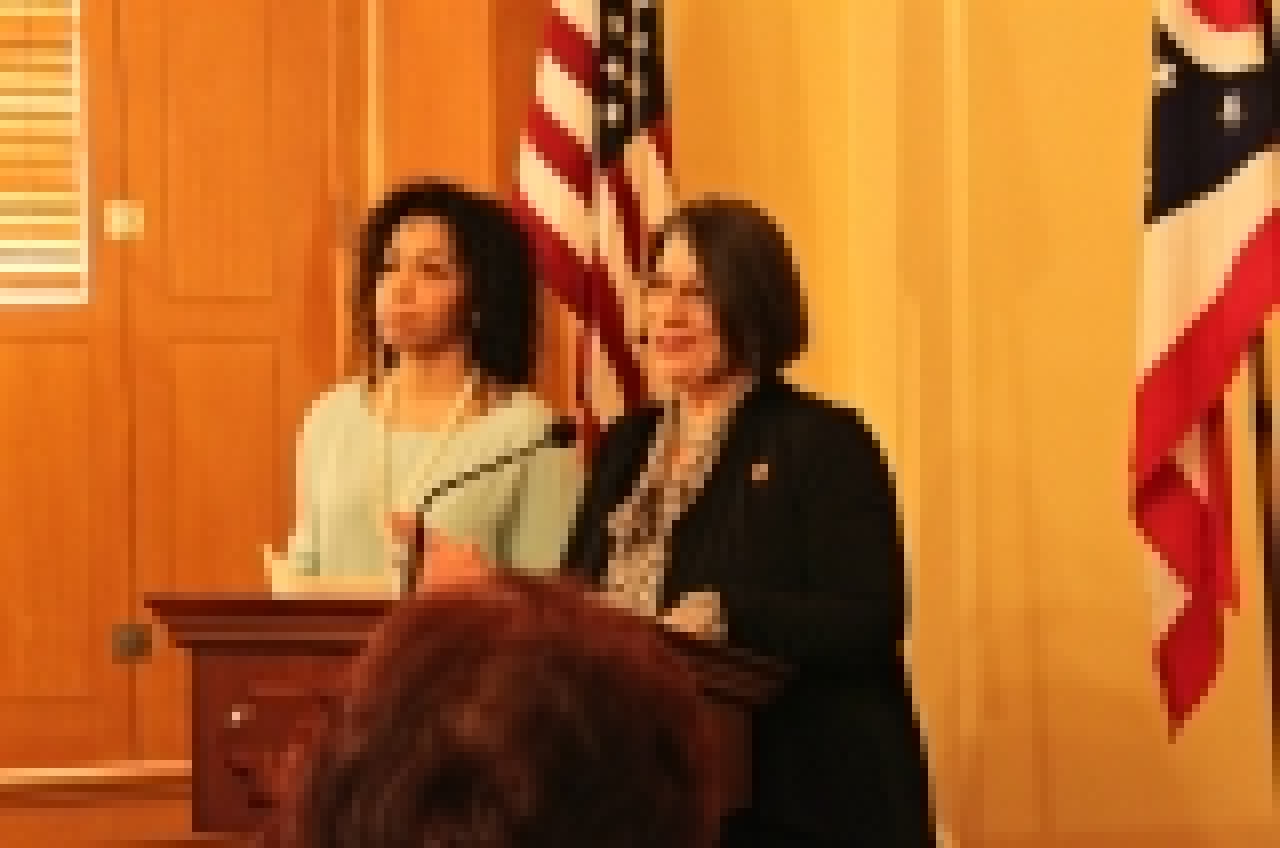 “No woman should have to live in fear that the ex-boyfriend or ex-husband they filed a protection order against will be able to track her down and harm or even kill her with a firearm. This legislation will protect vulnerable Ohioans by closing the dangerous gaps in Ohio law that make it easy for domestic abusers to access guns,” said Antonio. “The General Assembly should act without delay to protect victims of domestic abuse by supporting this common-sense policy that will save lives in our state.”

The “Safe at Home” bill mirrors federal law, which prohibits gun possession by criminals convicted of misdemeanor domestic violence charges and by those subject to permanent protection orders. The Cleveland-area lawmakers’ proposal would also allow judicial discretion in cases of temporary protection orders—allowing a judge to order the surrender of firearms while a temporary restraining order is in effect.

“The presence of a firearm in a home where domestic violence exists can transform a simple argument into murder in a matter of seconds,” said Boyd. “It is our responsibility as legislators to speak on behalf of the thousands of victims of domestic violence—those whom we've lost, and those this bill might save—and enact policies that make everyone more safe.”

The Center for American Progress reports the most dangerous time period for victims in abusive relationships is immediately after they file a civil protection order. The “Safe at Home” legislation creates a state-level enforcement mechanism that would require an individual to transfer their firearms to a law enforcement agency or a federally licensed firearms dealer within twenty-four hours of the issuance of a court-order.

“When do we start to take the death of women seriously in Ohio?” said Nancy Neylon, Executive Director of the Ohio Domestic Violence Network. “By separating domestic abusers from their firearms, we can potentially save lives.”

The bill now awaits its assignment to a House Committee for further consideration.