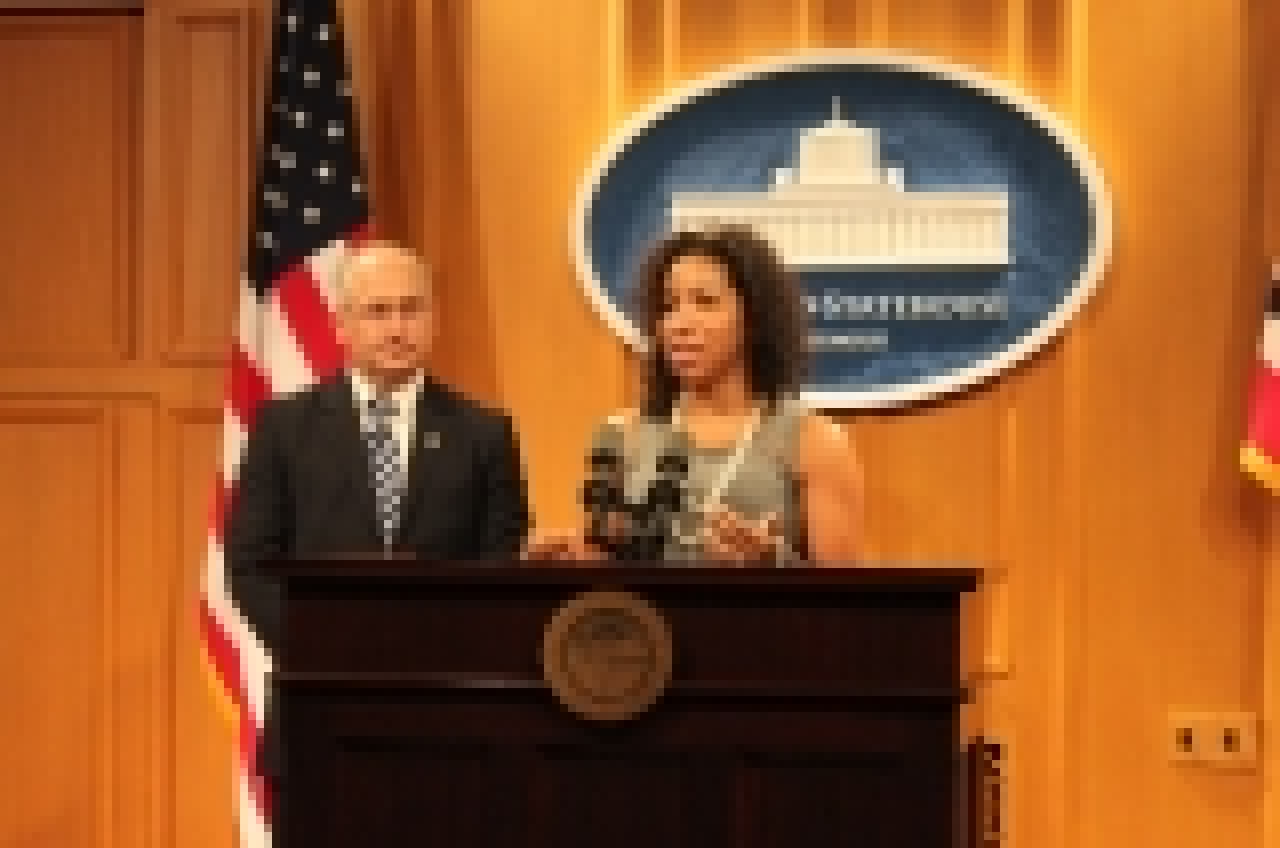 State Reps. Kent Smith (D-Euclid) and Janine Boyd (D-Cleveland Heights) today announced a new proposal to fight pay discrimination in Ohio by establishing a toll-free equal pay hotline, an easily accessible, anonymous resource for Ohio workers to report wage discrimination and gather more information to find out if they could be victims of pay discrimination.

“Ohio’s working women and others who suspect or discover wage discrimination in their workplace have no place to turn in order to file a complaint without fear of retaliation,” said Smith. “With women making up nearly half of Ohio’s workforce, the gender wage gap not only affects them but their entire family. Real help will only be one phone call away for working people to fight back against pay discrimination, especially for Ohio women.”

The average working woman in Ohio is paid only 78 percent of what her male counterpart gets paid, regardless of educational background and job description. Minority women suffer the worst pay disparity. Nationally, African American women are paid 63 cents and Hispanic and Latina women are paid 54 cents for every $1 paid to white men.

“Ohioans should not have to worry that doing the right thing will result in them being harassed at work, demoted or even fired,” said Boyd. “The gender pay gap and other forms of wage discrimination take money out of the pockets of working people that could otherwise go to helping families put food on the table, gas in the tank or even make a rent or mortgage payment.”

According to data compiled by The Whitehouse, in 2011, a typical 25-year-old woman working full time all year earned $5,000 less than a typical 25-year-old man. In just ten years, her cumulative lost wages will reach $34,000. U.S. Census information shows, by age 65, the average woman will have lost $431,000 over her working lifetime as a result of the earnings gap.

The Ohio Civil Rights Commission, where Ohioans can currently file individual or group charges of discrimination for investigation, would operate the pay equity hotline. Calls can be made anonymously through the hotline. Anonymity is not required, but is an option for those who may fear retribution from their employer for filing a complaint.