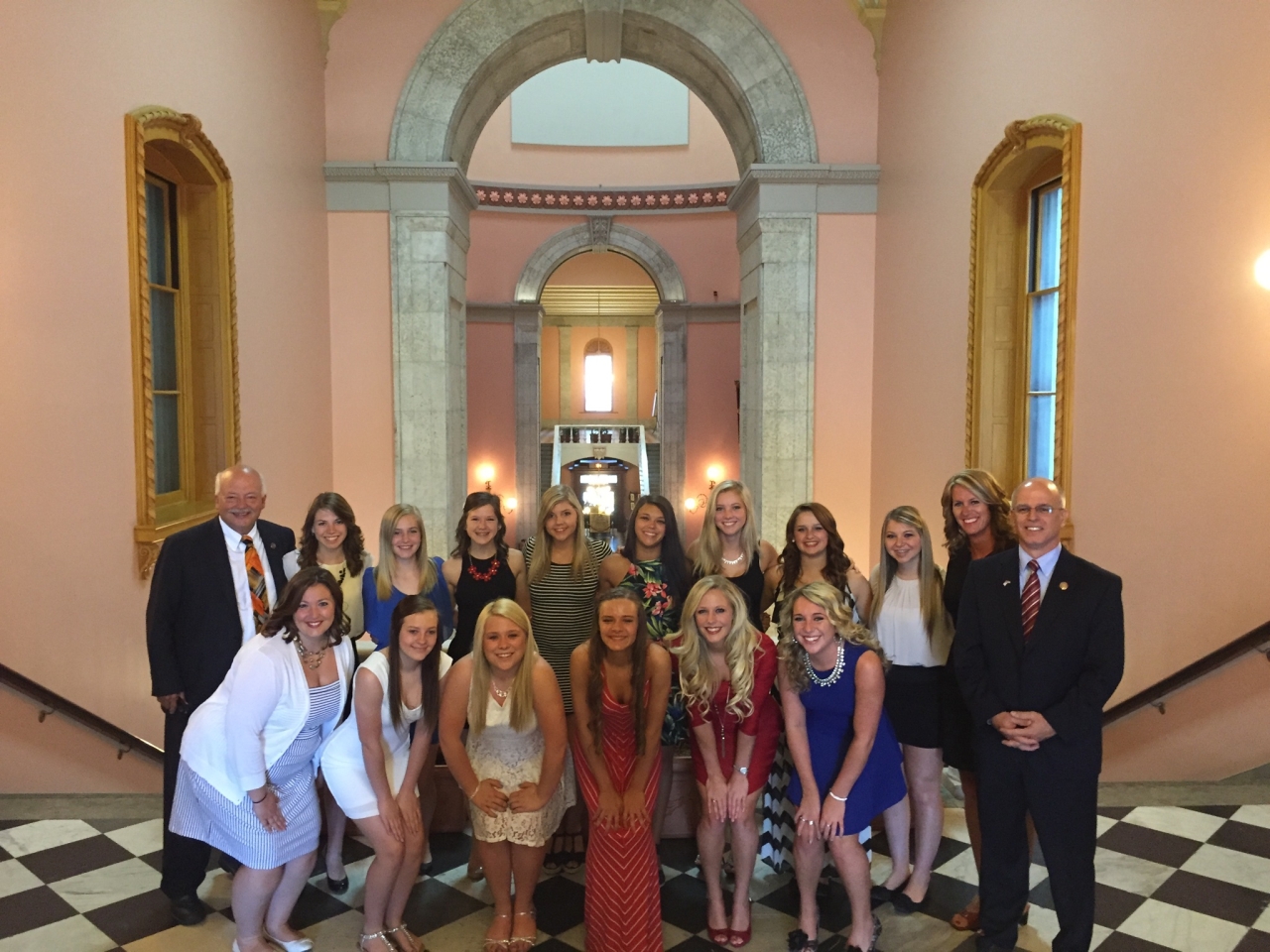 “It was an honor to recognize the Kenton Ridge High School competitive cheerleading team on the House Floor today for their outstanding accomplishments,” said Rep. Koehler. “I am so proud of how hard these students have worked to win this championship. What impresses me most is that they have not only exceled in their competitions, but each student has also continued to excel academically. This team has also invested in their community by participating in numerous fundraisers, charity events, and youth cheer camps. These young ladies give their time and talents to their community as well as their competitions, which gives me even more reason to commend them on all their hard work and athletic accomplishments.”

“I would like to personally congratulate the Kenton Ridge High School cheerleading team on their National Championship,” said Rep. Hackett. “I was equally impressed that every member of the team accomplished this extraordinary goal while maintaining at least a 3.00 or above grade average as well.”

Two of the Kenton Ridge High School seniors on the competitive cheer team have plans to continue cheering/gymnastics at the collegiate level. Hannah Blair recently signed with The University of Oregon, and Maddie Stevens has been invited to cheer for Northern Kentucky. Each girl has been awarded some amount of cheer scholarship money. The Cougars are coached by Leslie Niggemeyer and Kiley Anderson.