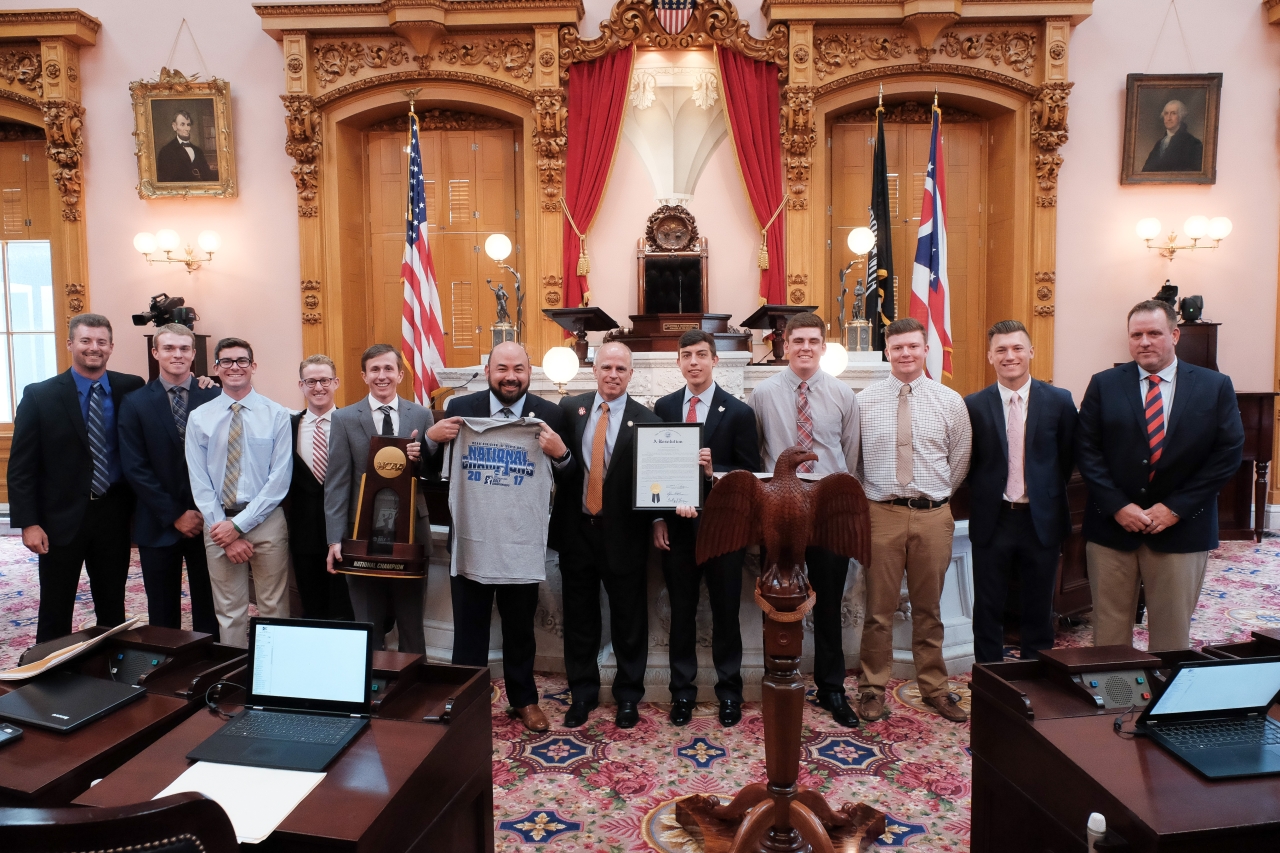 “I want to congratulate the Wittenberg men’s golf team and also Coach Roope for developing a team that consistently puts forth a combined effort that has earned them national recognition for the last eight years in this tournament,” said Rep. Koehler. “It was a joy to not only host the players, their coach, and their parents in the Ohio House chamber, but also to make my colleagues aware of the Lady Tigers golf team and their continued success in finishing third in the national tournament for the second year in a row.  I am proud to represent Wittenberg University and its incredible programs in the Ohio General Assembly.”