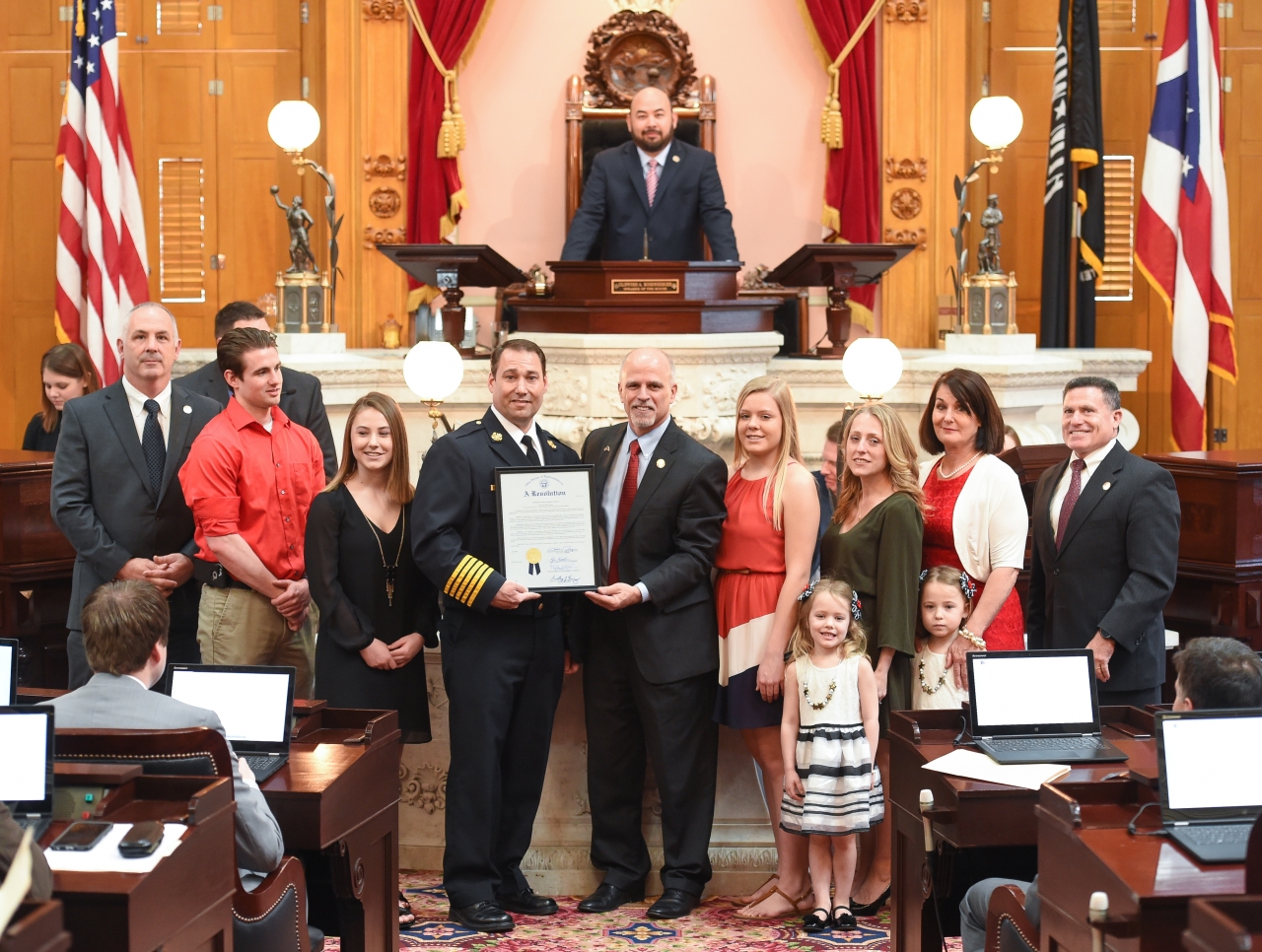 “Chief King volunteered to be stationed in Kabul, Afghanistan, overseeing the training of over 600 firefighters AND the health and safety of over 20,000 U.S. personnel,” said Koehler.

King served 16 months with NATO forces, where he worked as the Senior Fire and Disaster Response Advisor to the Ministry of Defense and Ministry of the Interior in Afghanistan.

“Because of his service he received the Joint Civilian Service Commendation Medal from the U.S. Forces Commander in Afghanistan, Colonel Christopher McGowan, United States Army,” said Koehler. “Chief King served in this capacity and spent that time away from his wonderful wife and children. He has sacrificed time from the things he loves to serve the country he loves. I believe that deserves to be noted and congratulated.”

King currently serves as the Fire Chief in Bethel Township.