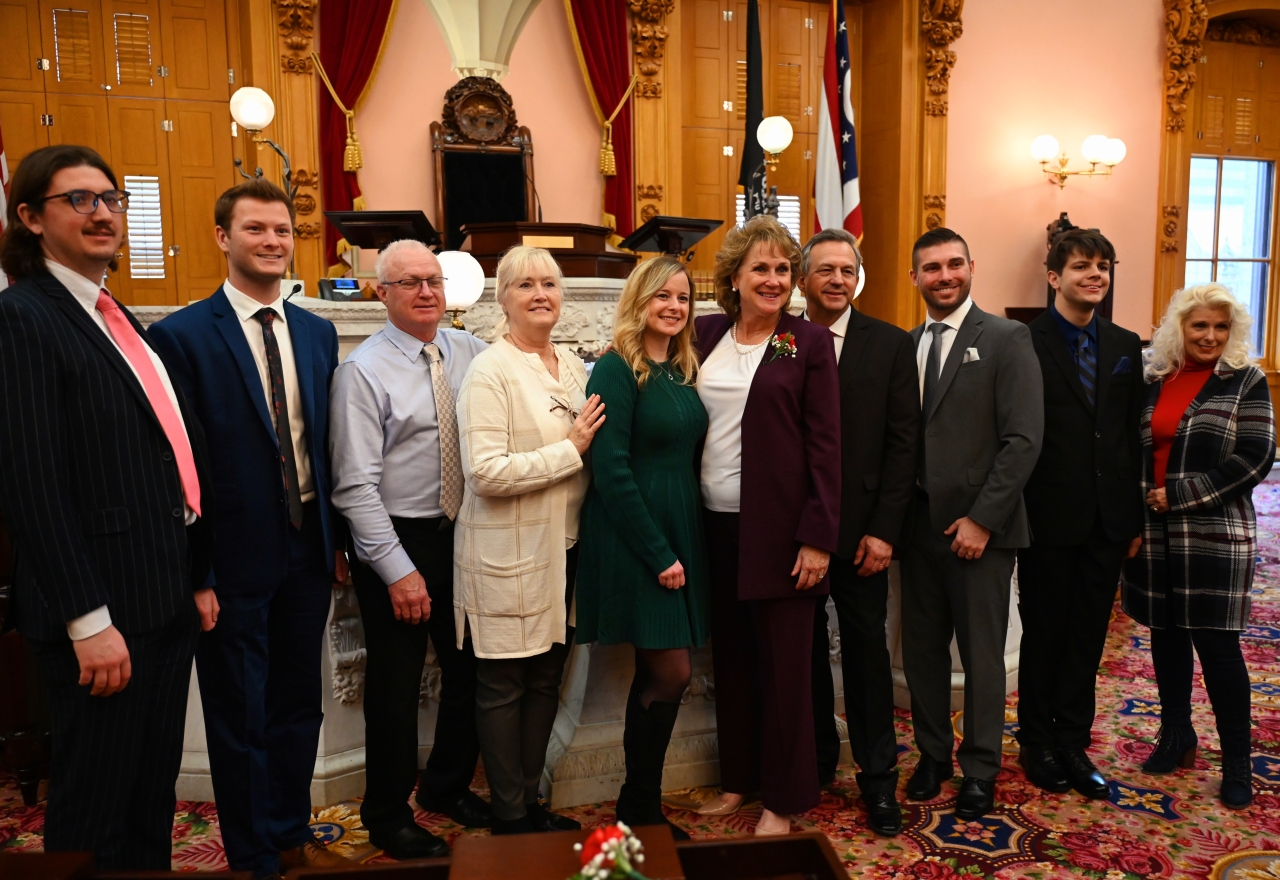 State Rep. Gail Pavliga (R-Portage County) was officially sworn in on Tuesday at the Statehouse for her second term of office as the state representative of the 72nd Ohio House District, which encompasses nearly all of Portage County.

“It’s such a privilege and a real honor to be reelected by the residents of Portage County,” Pavliga said. “We have a lot of work to accomplish like bringing in more investments for our community and our education, creating jobs and finding solutions for mental health issues. I encourage Ohio families in Portage County to contact my office with any questions or concerns because I’m adamant about assisting all our residents with any issues they face here in the district.”

Prior to being elected to the House, Pavliga has been heavily involved throughout the community such as being a Sunday school teacher, serving as a host volunteer family for the Alliance Area Ulster Project, and supporting several recreational and community sports teams.

One of her proudest achievements was receiving her Ph.D. in Educational Psychology from the University of Akron. She also received a Master’s Degree in Individual/Family Studies/Counseling and a Bachelor’s Degree in Psychology/Science both from Kent State University. She was also a college professor for over twenty years. Pavliga also knows what it’s like to build a small business as an entrepreneur.

Tuesday’s swearing-in ceremony of legislators marks the beginning of the 135th General Assembly.