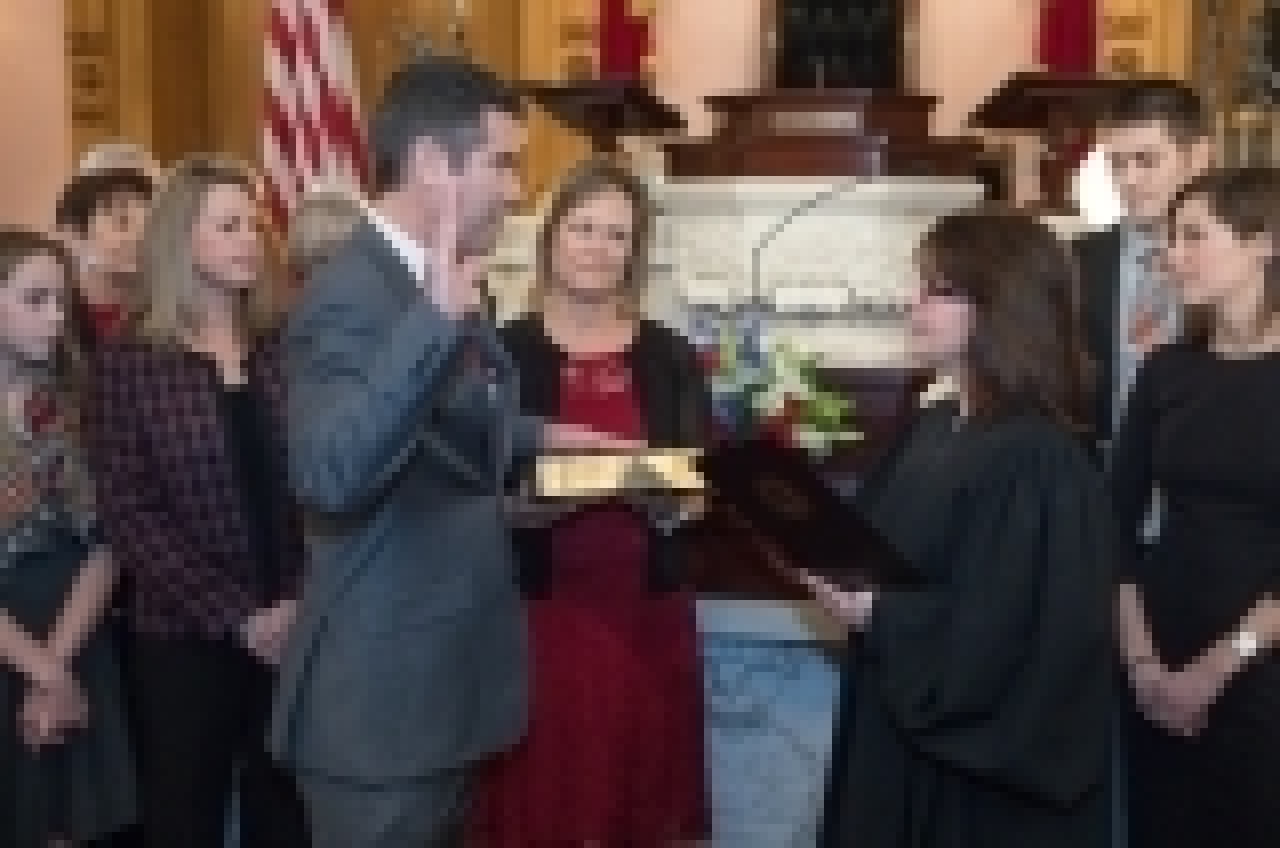 State Representative Craig Riedel (R-Defiance) was sworn in yesterday as a member of the Ohio House of Representatives for the 132nd General Assembly. He represents the 82nd Ohio House District, which includes Defiance, Paulding and Van Wert counties, as well as part of Auglaize County.

“I am honored and humbled to represent and serve the 82nd House District,” said Rep. Riedel. “I promise to work hard for the people I represent.”

Representative Riedel grew up on a farm just outside the small town of Attica, Ohio. After earning a civil engineering degree from the Ohio State University, he enjoyed a 27-year long career with Nucor Vulcraft Group. He retired in June of 2015 in order to follow his passion for public service and represent his fellow citizens in northwestern Ohio.

Representative Riedel and his wife, Danette, have two adult children, Steve and Renee. They are both graduates of Defiance High School and the Ohio State University. They have been married for 28 years and reside in Defiance.